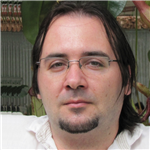 Michael is an experienced coder and international speaker who is rather happy that his hobby and his profession are the same.

As a part of RavenDB Core Team, Michael is working on awesome stuff in RavenDB, in particular around the distributed engine and deep dive debugging. And by night he is Batman!

Well… not exactly Batman… In his free time, Michael is a tinkerer with a passion for the unknown, coding in general and lots of unfinished pet projects.