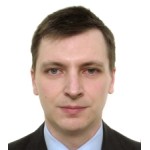 Sergey Temerkhanov is a Principal Software Engineer at Auriga, Inc. He has over 14 years of experience in the field of low-level and embedded software development, including bootloader/firmware development and porting, hardware bringup, UEFI, U-Boot, Linux kernel and device driver development, system design etc. During the last 4 years S. Temerkhanov has been developing firmware and drivers for ARMv8 based SoCs. An author of a number of publications; also has upstream contributions to OSS projects such as Linux and U-Boot. S. Temerkhanov holds an Developer Engineer degree in Radio Engineering from Bauman Moscow State Technical University.