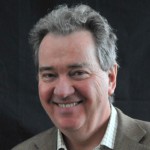 Lodovica Marchesi got a MSc in Computer Science from the University of Cagliari in February, 2018, defending a Master Thesis on Initial Coin Offers, a new kind of crowfunding for startups, based on cryptocurrencies. She is presently working as a research grant holder at DIEE, University of Cagliari. Her research fields are computer security for blockchain applications, and the study of software engineering practices for blockchain development.

Roberto Tonelli is assistant professor at DMI (Department of Mathematics and Informatics) of Cagliari University where is vice-coordinator of the Ph.D. school. He is the author of more than 100 papers on Software Engineering and on Complex Software Systems and recently he started investigating the Blockchain technology from a Software Engineering perspective. He coined with M. Marchesi and others the acronym BOSE (Blockchain Oriented Software Engineering) for describing the field of software engineering specifically devoted to Blockchain software and applications. He is Principal Investigator of various publicly founded projects involving researches in Blockchain and he is one of the main organizers of the two first international workshops on Blockchain Software Engineering: WETSEB 2018 and IWBOSE 2018.