The problem of constructing attribute grammar and syntactic-semantic interface for restoring chains of system calls generating some input tree of Linux processes is considered. An experimental comparison is made with the BPSF method presented on SEC(R) -2017, and the advantages of new proposed method are demonstrated, and the theoretical estimations of time complexity are provided. Finally, some generalization problems are also discussed.

The main idea of this research is: “Why do we parse lines, if the Linux processes are joined into a tree? Let’s parse trees!” 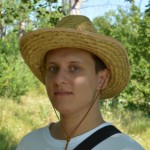 Since 2017 works on a list of ML Projects in MIPT.

2016-2017 Worked on a grant from the Infotecs-Academy, winner of the research support program.

2015-2016 Worked as a Junior Software Developer in Virtuozzo(former Parallels).

2014-2015 Worked as a Junior Software Developer in Parallels.

2010-2016 Studying at the Moscow Institute of Physics and Technology. Graduated from the Faculty of Management and Applied Mathematics in 2016. Postgraduate student of the Department of Informatics.